​BORK GROUP maintains a network of relationships with other senior professionals in various disciplines who make up our team.  They are principals in their own practices with an average of 20 years of experience and experts in media, government, communication, emerging technologies (AI, predictive analytics, IoT), and politics. All have extensive experience in Washington, DC and public affairs. 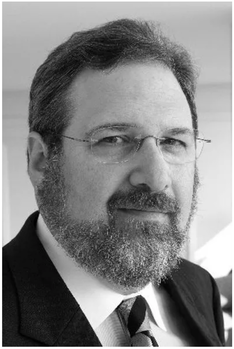 Mr. Bork has designed strategies for clients in many high-profile cases and policy battles. His experience includes directing the public affairs strategy in critical issues for Eli Lilly, Google, AT&T, and the U.S. Chamber of Commerce’s Institute for Legal Reform, to name just a few.

He began his career as a journalist as a police reporter before moving to business and economics. As a journalist, he covered international economics at U.S. News and World Report, was managing editor of the quarterly journal Regulation, and worked as a reporter at Forbes, The Detroit Free Press, The Fort Worth Star-Telegram and The Miami Herald.

Mr. Bork made the switch to advocacy in 1987 working at the Heritage Foundation, on Capitol Hill as an aide to U.S. Sen. Gordon Humphrey (R-NH), and as special assistant for U.S. Trade Representative Carla Hills. Throughout his career, Mr. Bork has specialized in the development and implementation of communication strategies in crises, litigation, and legal policy. In his many years of experience managing the public environment surrounding high-profile matters, he has worked directly with CEOs, general counsel, and communications executives of major U.S. and international corporations.

Mr. Bork graduated from Carleton College with a degree in American history. He was a Herbert J. Davenport Fellow in Business and Economic Journalism at the University of Missouri School of Journalism.

He lives in McLean, VA, with his wife (and general counsel) Diana. They have two children. 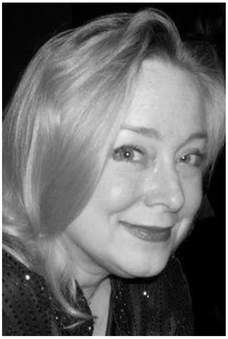 Diana Culp Bork at the center of the civil justice reform movement for twenty-five years both in private practice and in government. Her work has been instrumental in the struggle to restore balance to the American legal system. Many of the reforms she helped develop were passed by Congress.

Ms. Bork served as Reporter to the Federal Courts Study Committee, a blue-ribbon panel of judges, practitioners and academics appointed by Chief Justice Rehnquist to evaluate and recommend changes in the operation and management of the federal court system. Later, as Senior Counsel in the Office of Policy Development at the U.S. Department of Justice she worked with then-Solicitor General Kenneth Starr and Vice President Dan Quayle's office to develop an extensive package of civil justice reform policy recommendations for Congress. After a tour as Deputy General Counsel at the U.S. Department of Education, Ms. Bork returned to legal policy as head of the Manhattan Institute's Washington office. There she directed the Institute's activities including work on application of the Supreme Court's Daubert decision regarding the use of science in the courtroom. She also organized and directed the first national conference in Alabama on the crisis on that state's legal system.

She has been published in The Wall Street Journal, The National Law Journal, Metropolitan Corporate Counsel and several law journals on a wide range of legal issues.

Mark Davis is a former White House speechwriter who has managed message strategies and drafted speeches for the C-Suites of more than a dozen Fortune 500s, in sectors ranging from defense and aerospace, to telecommunications and transportation, to the CEOs of three “supermajor” oil companies.

Mark is adept at high-stakes messaging.  He has worked with international energy companies to balance global messages against local sensitivities. He has helped manage the messaging strategy for judicial appeals and “bet-your-company” lawsuits for a leading car company and a major railroad.  He advised a major transportation company on one of the largest mergers in U.S. business history.

In the White House, Mark drafted the prime-time address President George H.W. Bush gave before a Joint Session of Congress to declare his determination to evict a dictator from Kuwait.

He is the co-author, with Richard Torrenzano, of Digital Assassination: Protecting Your Reputation, Brand, or Business Against Online Attacks, (St. Martin’s Press, 2011), a book hailed by Charlene Li, author of Groundswell, and former CIA Director Michael Hayden as essential reading.

His op-eds have appeared in publications ranging from The Wall Street Journal to The Washington Post.

Mark was the former Vice President of the Pacific Research Institute of San Francisco, and has served as a speechwriter and aide to former California Governor Pete Wilson.  He has been an adjunct professor at the Haas School of Business at the University of California, Berkeley, and has lectured at many major colleges and universities.  A graduate of the University of Texas at Austin and Stanford University, Mark is the director of the Uptown Creative Strategies Group.
Vinh Vuong

Vinh Vuong is the Managing Partner of VUONG Global, a consulting firm he founded in 2015. Under Mr. Vuong’s leadership, VUONG Global has been transformed into one of the most trusted global communications and issues management firms by Fortune 500 companies, innovative startups, leading academic institutions, nonprofits, and high-profile individuals.

At just 18 years old, Mr. Vuong took his data-driven, digital and social media expertise and began delivering more than a dozen winning political campaigns at the local, state and national levels. This was all before social media became a vital communications tool in politics. From there, he exited his first agency and founded VUONG Global, where Mr. Vuong continued working with public leaders and began guiding corporate boards and executive teams through high-stakes issues, including corporate litigation, Supreme Court cases, shareholder proxy fights, high-profile scandals, and other crisis situations.

In addition to his role as Managing Partner of VUONG Global, Mr. Vuong serves as Chairman of his holding company, VUONG Holdings, where he partners with companies in advanced technologies, energy, and natural resources to provide capital allocation.

An entrepreneur since his teens, Mr. Vuong has transformed ideas and prototypes into disruptive, high-valued companies through operational discipline, effective business development, and meaningful public relations. The most notable ventures that exited, include an algae biofuel company and a mobile ordering software.
​
Mr. Vuong graduated from Penn State's Smeal College of Business with a bachelor's degree in management where he also played football under Joe Paterno and on the rugby team. Mr. Vuong also completed the executive programs at the Harvard Business School and The Wharton School of Business at the University of Pennsylvania. ​​
Rob Tappan

Rob Tappan has 30 years of public affairs and communications experience, ranging from the corporate and not-for-profit sectors, to the U.S. State Department during the George W. Bush administration.

Most recently, Mr. Tappan was Director of External Relations for Koch Industries, serving as a spokesperson for the Company and on behalf of Charles and David Koch. Prior to that, Mr. Tappan held various leadership positions at several public affairs and public relations firms, including President of the Washington, DC office of PR giant Burson-Marsteller.

During the George W. Bush administration, Mr. Tappan served as Principal Deputy Assistant Secretary of State for Public Affairs from 2002 to 2006. He directed communications and public affairs activities for the Department and oversaw the nearly 250 civil servant, political appointee and Foreign Service professionals that make up the State Department’s Bureau of Public Affairs.

From January 2004 through June 2004, Mr. Tappan served in Baghdad, Iraq as Director of Strategic Communications for the Coalition Provisional Authority (CPA). In this position, Mr. Tappan oversaw a staff of over 120 military and civilian employees and set the overall communication strategy for the CPA, encompassing everything from media relations to executing nationwide public information campaigns.

A graduate of Georgetown University, he also studied at the Centre for Medieval and Renaissance Studies in Oxford, England.
Matthew Rees

Matthew Rees is the founder of Geonomica, an editorial consulting firm that works with clients on speeches, books, articles, white papers, and other written materials. He is the co-author, with former IBM CEO Samuel J. Palmisano, of Re-Think: A Path to the Future, a book about the globally integrated enterprise and the emergence of the global economy. He has worked across several industries, including banking, health care, management consulting, accounting, and technology.

Mr. Rees is a Senior Fellow at Dartmouth’s Tuck School of Business and co-authors a column with the school's Dean. He was the founder of FT Newsmine, a weekly email brief he produced in partnership with the Financial Times from 2009 to 2017.

During a ten-year career in journalism, Mr. Rees was employed in Washington for The Weekly Standard, The Economist, and The New Republic, and in New York and Brussels for The Wall Street Journal. Mr. Rees’s writing has also appeared in The New York Times, The Washington Post, and Finance & Development (a publication of the International Monetary Fund). His book reviews are regularly published in The Wall Street Journal.

A native of Lafayette, California, Mr. Rees is a graduate of Wesleyan University and has pursued graduate work at Johns Hopkins University's School of Advanced International Studies.
Dale Leibach

Mr. Leibach has also developed and managed numerous national and Washington coalition campaigns, including the Coalition to Save Our GPS. Mr. Leibach managed complex public policy campaigns for a diverse range of clients at both Ogilvy & Mather and Powell Tate, a Washington, DC public affairs firm where he was a co-founder and chief operating officer. He was an Assistant White House press secretary to Jody Powell and has served in senior communications positions for two Democrat U.S. senators.

He began his career as a reporter with The Kansas City Star.

He lives in Charleston, S.C., and Washington, D.C.
MORE ABOUT THE FIRM >>>